The lion who had no courage. 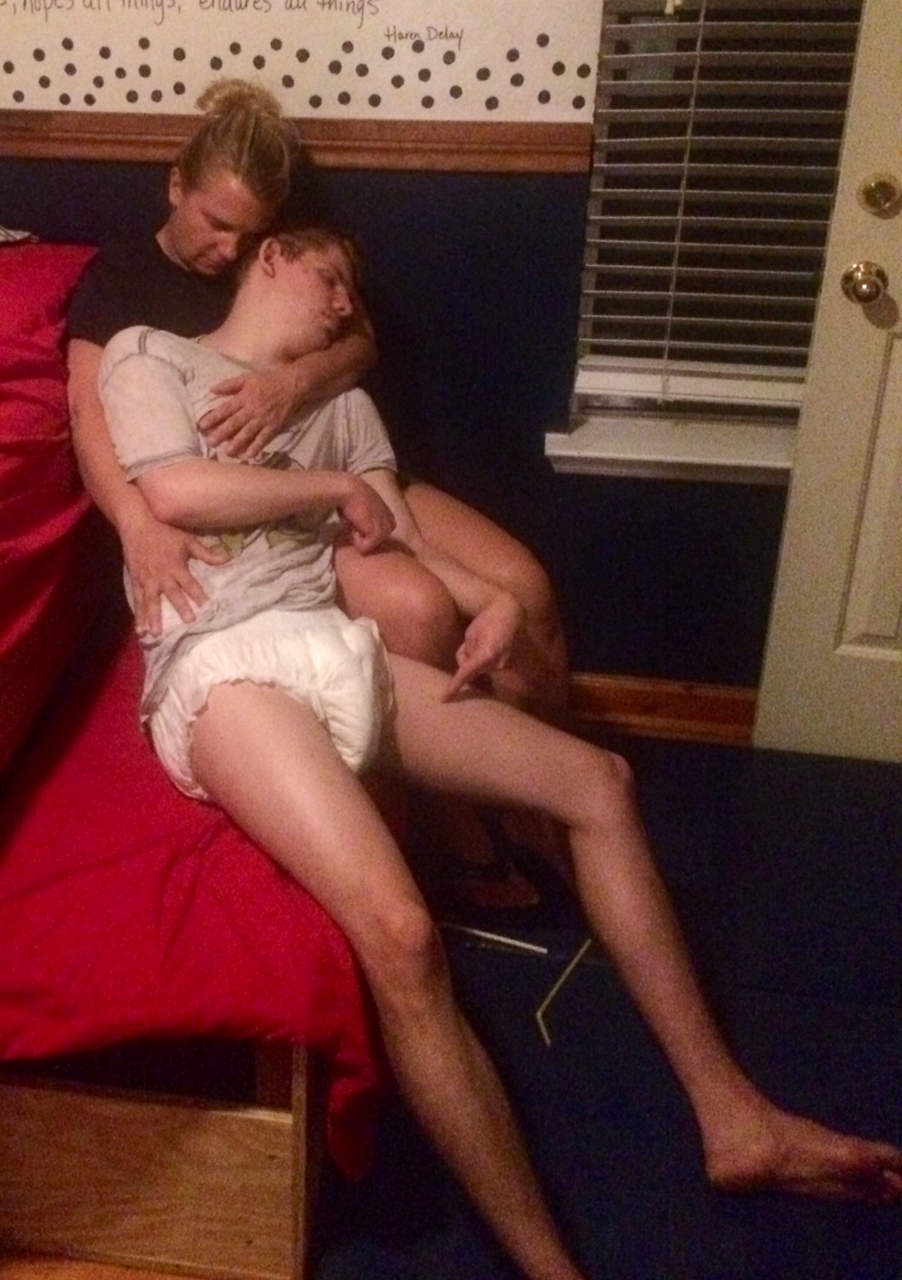 Doing away with vanity & dignity tonight.

I'm sure Brandon would forgive me if perhaps it would make one member of the mainstream media try and help him... I doubt they'll ever see this, much like I doubt today's seizures would be the last.  But, one can hope....

He's had seizures yet again today...and finally at 8pm he tried to get up.  He's been on the gymnastics mat on the floor of his bedroom right where he landed from the first seizure in falling out of bed this morning. Most parents have the luxury of waking up to the sound of an alarm.  I frequently wake up to the sound of choking, some body part banging against the wall, or a loud thud as he hits the floor.  I met him in the hallway and by the look in his eyes I knew we better go back in his room and not dare try and go downstairs.  It's hard to describe seeing your child like that.  Hungry, or perhaps thirsty, wanting to just go downstairs to eat or drink, yet somehow not understanding why his body just isn't willing to do what his mind wants.  So, back in his room, we sat on the bench at the foot of his bed and I gave him his beloved straws and we listened to music.  He dropped his straw and I watched as he tried to get it. His arm jerked this way and that.  Eyes focused on the straw, arm focused on anything but.  I was about to call down and ask Todd to bring something up for him to drink.  To try and get some few precious calories in.  But too late.  The arm started jerking again, his head slumped, and his entire body curled up in a ball and started to convulse right there on the bench in my arms.  All I could do was try and keep him steady and his head against my chest.  When it was over, he just laid there in my arms.  Me and my bad hair day... One flip flop on and one off.... Him in a pull up because when one is knocked out for the day one can't go to the bathroom. When Todd got upstairs from hearing him have a seizure, I asked him to take this picture.  I want the media to see who it is they are silencing by refusing to report on the CDC Whistleblower story.  I want them to see just how "vaccines save lives" actually plays out in real life.  I want them to see what the trade off of acute recoverable illnesses for chronic lifelong debilitating illnesses looks like.  And as much as they try to ignore it, that trade off does have a face.  And there are thousands of them.  I want them to see this and be brave enough to look me in the eye and ask me which I would rather my son have had - a miserable two week ugly rash in measles that would provide a lifetime of immunity and a stronger immune system for having survived it; or a lifetime of illness and seizures and a weakened immune system.  And I want them to show that answer to the world.

I want them to see who they have forsaken as an accomplice to their preservation of Pharma's fairytale illusions of health, herd immunity, and the greater good.

His seizure may have been in my arms - but make no mistake mainstream media -- the tears I've cried in begging God to end this nightmare of CDC corruption and fraud, his seizures, his pain, his lifelong illness -- is all in your hands.

Perhaps the only thing worse than your silence in his suffering, is how the only voices you have allowed, are from those who profit from or force through mandates -- his suffering.

As I sat there holding my son, I wondered how many more seizures his body can bear.

I wondered how much more we parents must be made to endure.

I wondered if I had anything left in me to dare to allow myself to hope, to believe, that justice would come to him in my lifetime.

The justice Congressional Hearings and convictions would bring.

You could do that mainstream media.

You could help us call for those.

It would be better for you to be a tin man with no heart or a scarecrow with no brain, than to be a lion with no courage.

Sadly for a generation of children, you're all three.